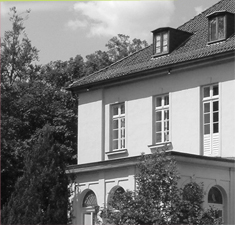 Earliest proof of a castle located in Holdenstedt dates from the 13th Century already. Towards the end of the 1500s, it was demolished and replaced by a new building, which however was damaged badly during the Thirty-Years War. Around 1700, yet another new castle was built. Its front, initially Baroque, was subsequently changed twice. In 1983, the municipality of Uelzen purchased the castle and made it open to the public. Since 1985, it is both museum and concert venue.