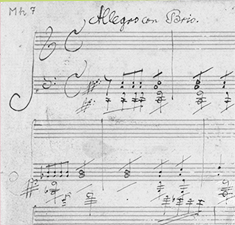 In 1985 he earned his Ph.D. with a publication on Justin Heinrich Knecht (1752-1817). From 1982 to 1984 he worked for the Austrian section of the International Inventory of Musical Sources (RISM). Since 1984 he served as assistant at the Beethoven Archive Bonn, Germany, of which he became head in 1991.

Michael Ladenburger has been the editor of numerous critical editions and facsimiles. Furthermore, he has published on Beethoven, Haydn, organbuilding and organ music.